An international festival of orchestras, conducted in May 2013, became one of the most notorious event.

The city hosted orchestras from all around the world.

They formed a column and went from the City Hall to the Central Square of Vladivostok.

At the head of the column were our favorite female drummers from Vladivostok. 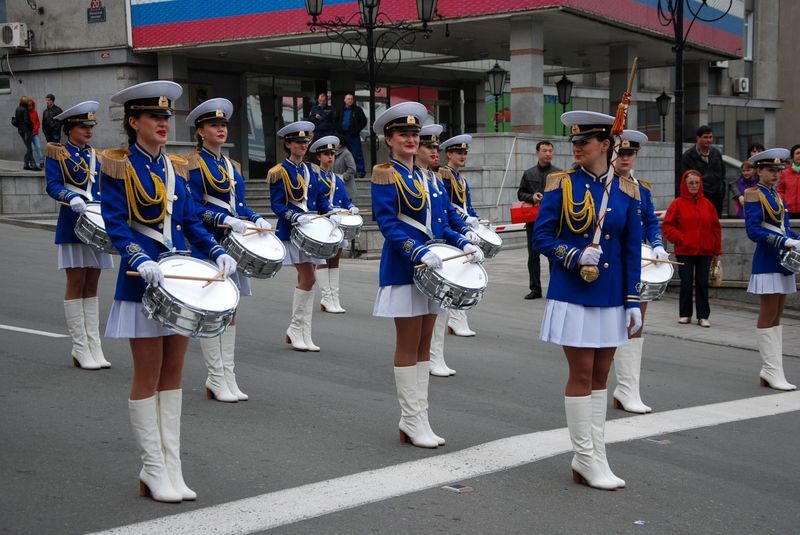 Soon they all gathered in the Central Square.

Looking forward to listen orchestras in the future!