In the late 19th century in the center of Vladivostok spontaneously formed a quarter, which is home to mostly Chinese. It received the name Millionka, because many people (“millions”) live here. 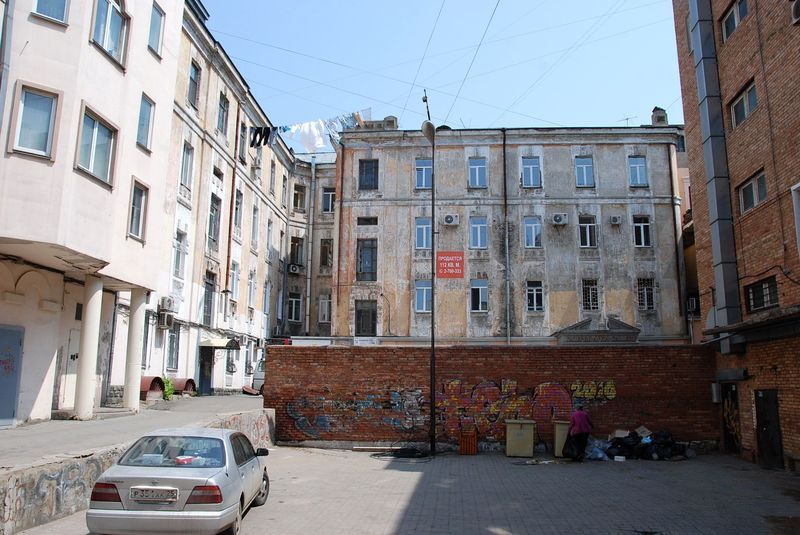 Over time the quarter was the “city within a city.” It features numerous intricate alleys, buildings for every taste and color without any unified architectural concept. Millionka famous for the fact, that there were smuggling, smoking opium, illegal gambling business.

In the mid-30s of the 20th century, it was decided to liquidate Millionka. Chinese settled in other areas, and here came hundreds of workers and civil servants

But the spirit of the old anarchist Millionka preserved. The easiest way to get here: from Admirala Fokina street take any of the alleys and you’ll see the Millionka.

Millionka resembles a cross between favelas in Brazil and the slums of Naples.

Be sure to wander through Millionka, to see roots of Vladivostok!